This article has been revised

On 9 July, the Amaq agency  usually related to IS announcements and news declared that the group had shot down a helicopter in the area of Palmyra.

Although the Russian authorities initially denied the incident later it was admitted.

Despite statements made by the Russian authorities where it was said that the incident happened on a training mission with Syrian recruits watching the background of official Russian statements that reached even assert that the helicopter had been shot down by a  TOW ATGM it is conceivable that this information may not be true unless Russia is really instructing Syrian pilots to provide them in the near future with new Mi-35s.

For all the above in my opinion it is also possible that Colonel Ryafagat was actually the pilot and Evgeny, younger looking was the helicopter co-pilot. 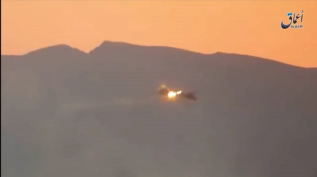 It is well known that in Syria there are a lot of portable antiaircraft missiles in the hands of a lot of groups, among the mented missiles  mainly there are Soviet/Russian origin Igla or Strela and Chinese origin FN-6 and also others in smaller quantities.

If we analyze MANPAD or other thermo guided missiles helicopter takedowns throughout history we realize that an important part of cases it is an impact on the tail rotor because of a close nozzle  what causes the crash. Tail rotor is for the helicopter as the helm is for the boat, lose it causes lose control of the aircraft, then it turns on itself and end up crashing, a sequence suspiciously like the one that occurred in this case.

The foregoing is readily apparent in the downing of a Turkish Cobra on it similarly the missile reaches the tail causing the AH-1 rush into the void.

Missiles from MANPADS are thermo guided, this makes them to be usually guided to the main rotor or to the tail rotor, as the Mi-35 is a much heavier and armored helicopter than the  AH-1 the explosion did not destroy the propeller of the main rotor so that the cabin was only destroyed when it crashed and until that moment it remained relatively intact.

It is true that Mi-35M nozzle is not at the back like that of the AH-1 so that the missile was from a MANPAD is not so likely. 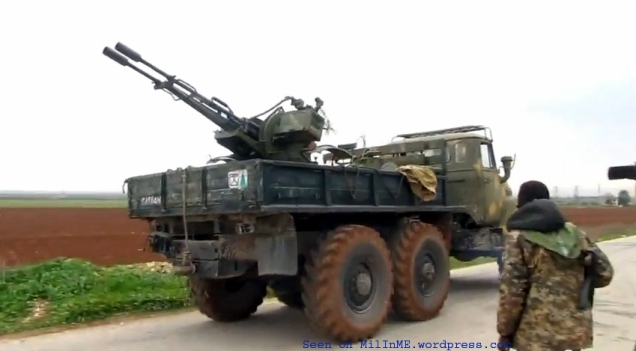 These weapons have been used extensively against all kinds of aircraft in Syria and the fact that in the video a missile could not be appreciated this bring us a little closer to this theory.

However these weapons tend to aim and hit the cabin (because it reprents a bigger target) damaging their delicate systems or its occupants, the odds of impact the tail rotor, and at the exact point where the explosion occurred in this case are rather low but not disposable.

Finally these weapons tend to use tracer ammunition to allow the gunner to correct the fire. The truth is that throughout the video  that kind of ammunition can not be seen, although this does not stop being a mere indication and not a conclusive evidence.

This theory was one of those proposed by CIT. Because Russian helicopters act in pairs the possibility  one had put in the firing line of the other resulting an impact by an unguided rocket  is argued. In all likelihood the unguided rocket would be a Soviet 80 mm S-8.

While this is possible it would still be extremely unlikely as it is obvious because of the speed and because it is unlikely that a pilot with minimal training would open fire when his partner is in the middle of his firing line.

It has been written a theory with little foundation where it was said that one of the rocket carrying the helicopter exploded tearing down the helicopter.

The rockets are on the wing supports and the odds that one shot back out and destroy the tail are near null.

The TOW anti-tank missile has a relatively high speed to hit a tank that can move at 65 km/h maximum, but not to hit a moving helicopter at speeds well over 100 km/h and with constant velocity changes.

Knowing that two Russian soldiers died and also because the Mi-35M has a much modern architecture than the Mi-24P having his guns in a turret under his nose we can recognize the Mi-35M.

Also it is distinguishable by its short wings compared to those of the Mi-24D or Mi-24P both operated in Syria.

Date of the articles

History and Hardware of Warfare

A blog about modern camo patterns